Since some days one of the ERSA i-Con pico soldering stations in our hackerspace greeted our members with an “Error 501” message and did not heat up.

Ersa provides a document, which translated the 501 error into “i-CON pico system error” with the additional hint “hardware error of the temperature regulation board or connection problem”. One of our members removed the heating element with the soldering tip (its just plugged into the tool) and connected it to the hackerspace’s second i-Con pico station today. Afterwards both stations showed error code 501.

I did some testing and noticed, that the soldering iron was still able to detect, if the heating element is removed (“error code 7”) or if the complete tool is not connected at all (“no tool”). So it seemed very likely, that the heating element of the station showing the error 501 first is broken and somehow results in a minor HW problem on the regulation board.

With that information I opened the soldering station to have a look at the regulation board. For that task its enough to press two clips on the bottom of the station and then push the front panel carefully to the front. The board is connected with four wires to the power supply, so we started with a photo as reminder for the cable order: 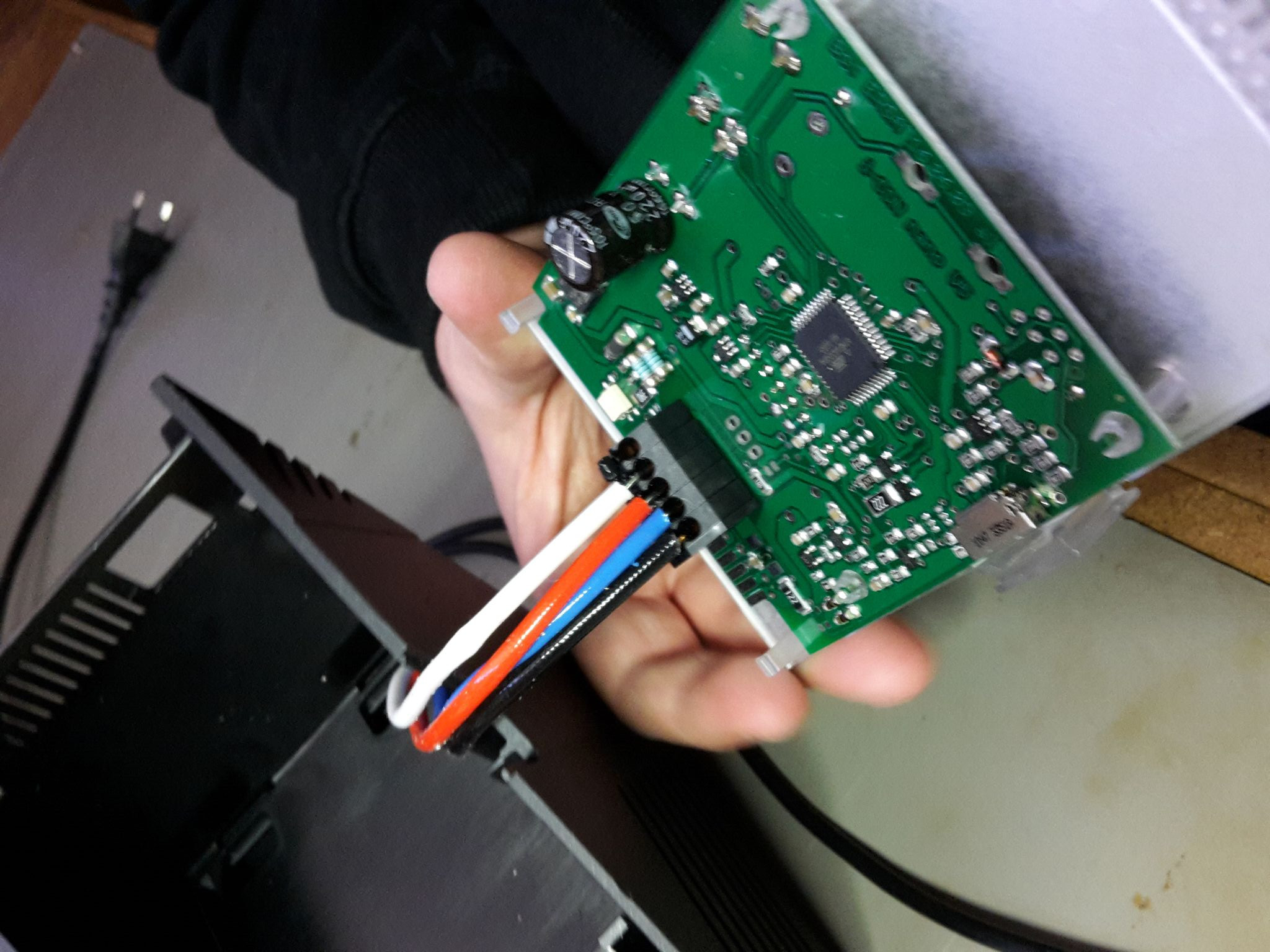 After the PCB was completly unwired I found a small trace on the PCB, that looked burned as visible in the next photo. 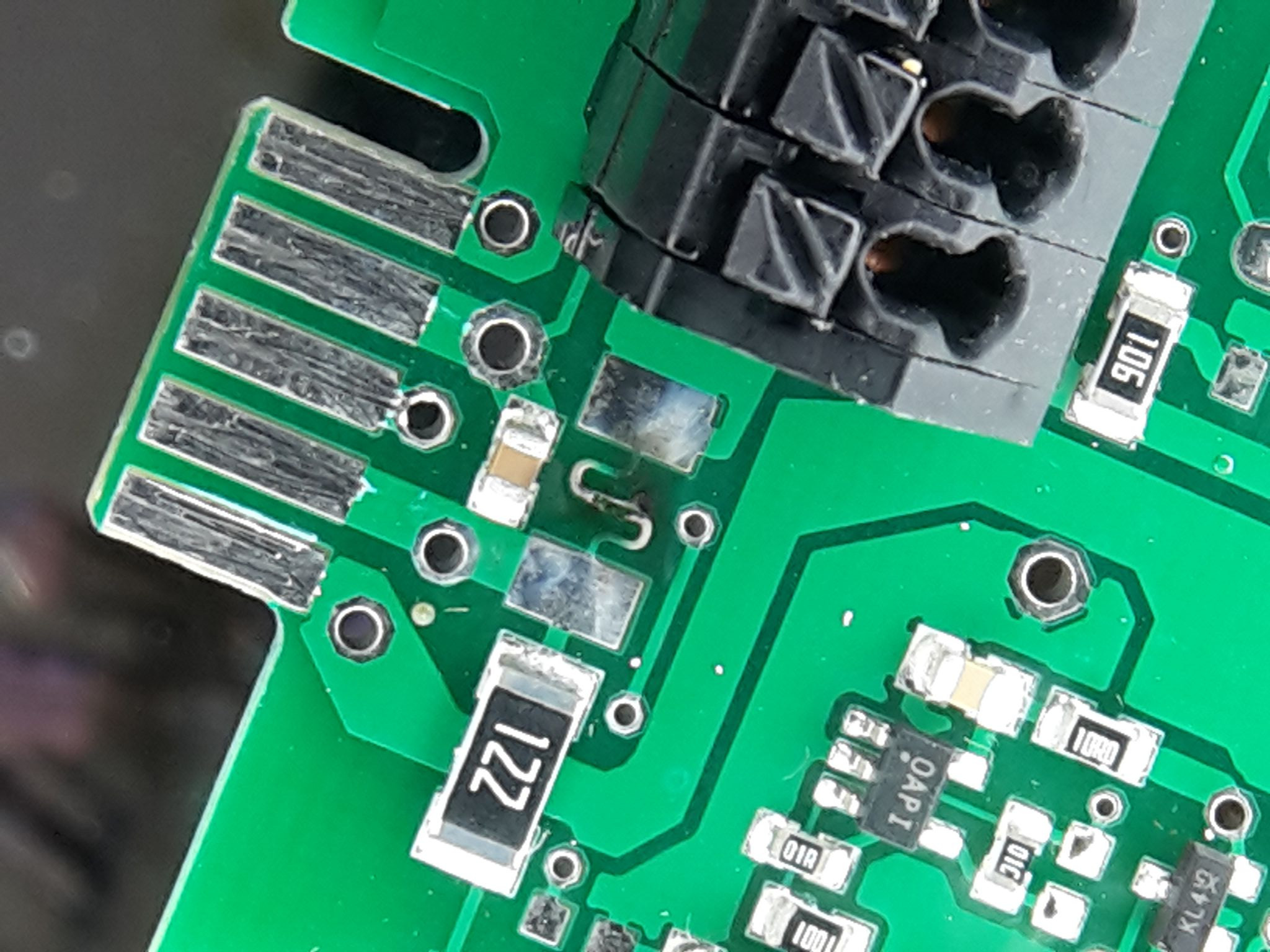 The trace actually looked like its single purpose would be to function as a safety fuse. As a result I soldered a thin wire between the pads as replacement fuse: 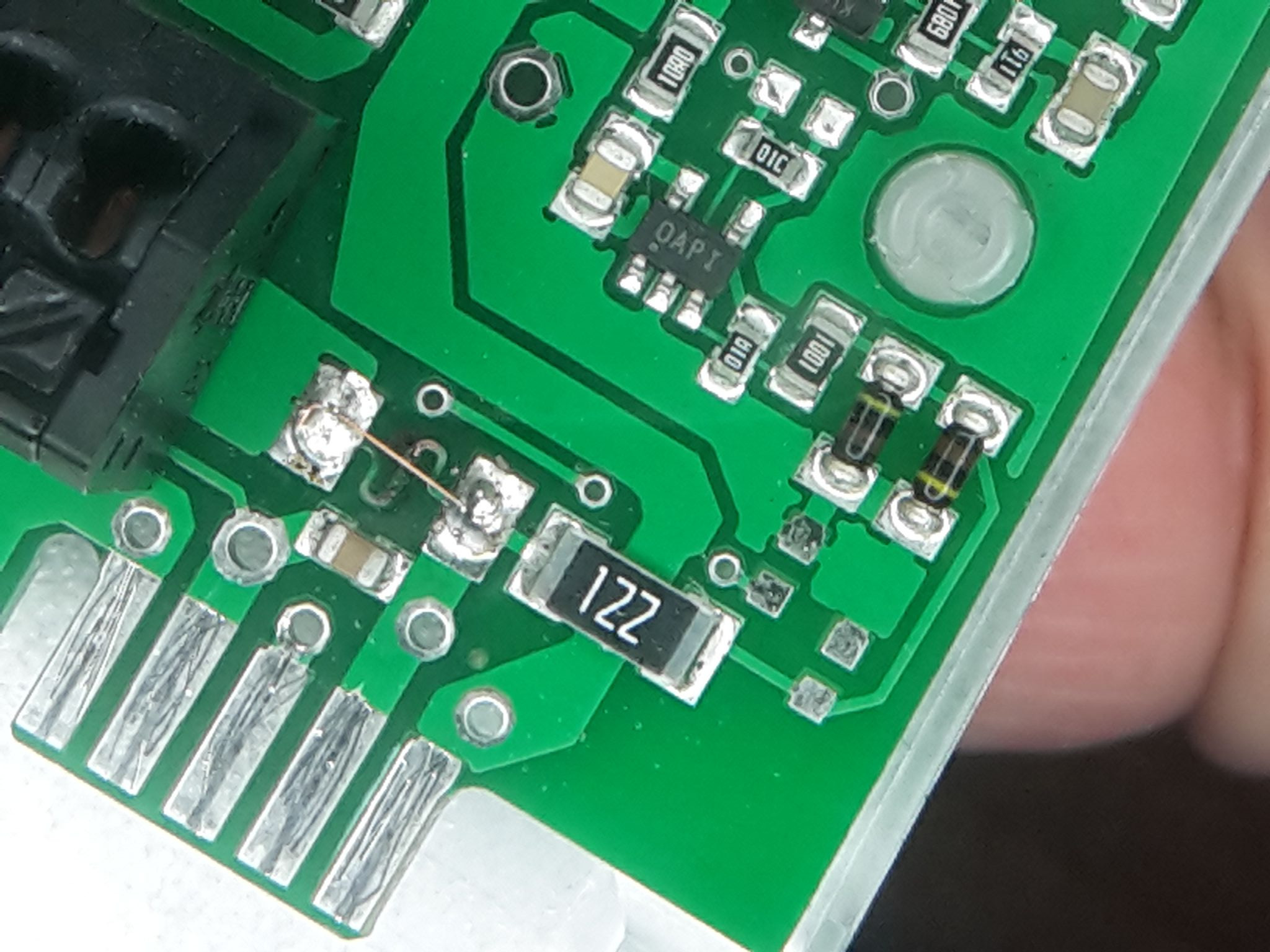 After connecting the previously working tool + heating element the soldering iron was working again! I also fixed the second station (which also had the burned fuse trace) and it also functioned normally with the working heating element.

Finally I wanted to verify, that the other heating element is broken, so I connected it again before closing the second soldering station. Below is a very short video of the heating process as well as two pictures showing the result. 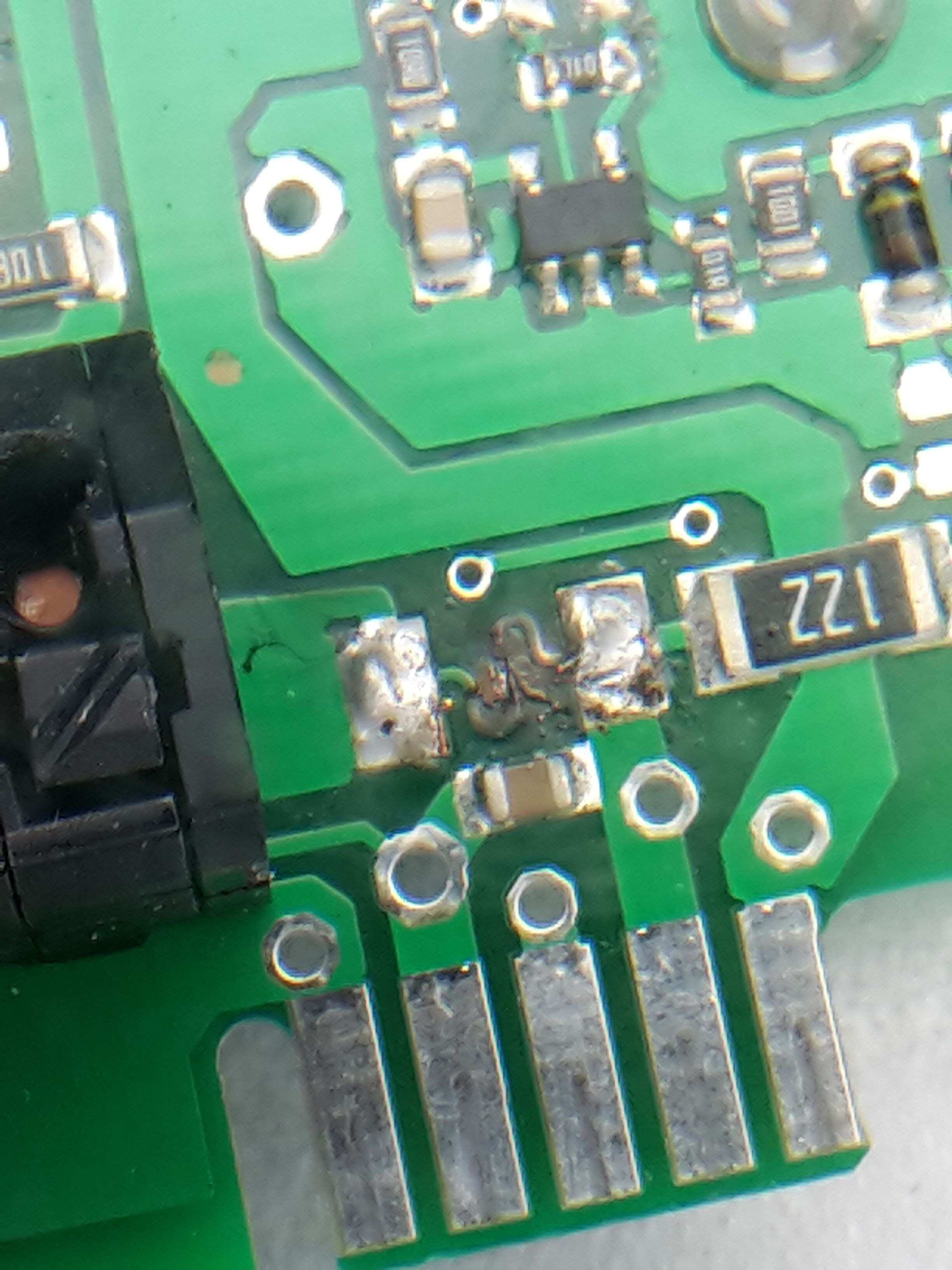 So as expected the questionable heating element burns the fuse. I replaced the wire with a new one and took one last photo for future reference (I had some broken boards before, where I had to guess device values, because e.g. a resistor was broken and its value was no longer recognizable). 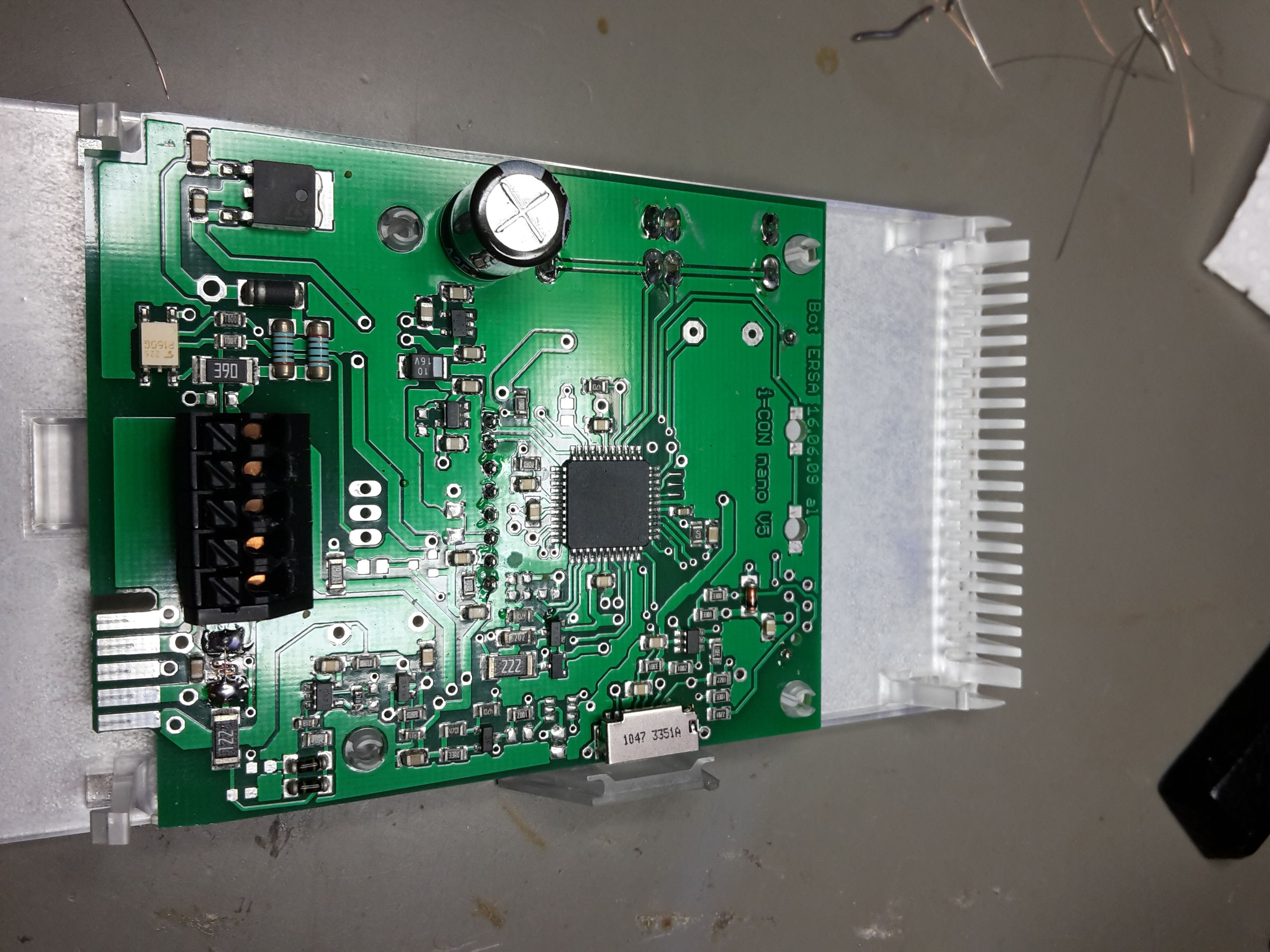 Long story short instead of having to rebuy two soldering stations for 250€ we only need a single heating element for 40€!

This is the personal homepage of Sebastian Reichel