Tony Lindgren is currently working on mainline kernel support for the Motrola Droid 4 (Wikipedia, GSMArena, iFixit Teardown). He documented his work to get serial over USB on the following page: http://muru.com/linux/d4. I just got myself a used one via Ebay, since it's a decent upgrade from the Nokia N9xx phones. It's also quite cheap (30$ in US, 50€ after import to DE (shipping + customs)). Last but not least there is no newer phone available, which has a proper hardware keyboard. Read more →
Another 6 weeks, another radare2 release: Yesterday version 1.2 has been released. As usual the changelog is quite impressive. As always building against Debian’s system libraries requires some work. This time its the old capstone release (as Debian uses the newest available release [which is from 2015] and not some git snapshot as radare’s upstream does). Capstone 3.0.4 did not define PPC_INS_CMPB, which is used by radare’s powerpc analysis plugin now. Read more →
While improving slowly, the mainline kernel’s support for smartphones is quite bad. One of the better supported phones is the Nokia N900. Apart from a few missing features, which could improve the performance of some operations (like crypto acceleration), its currently lacking support for two missing features: Bluetooth Cameras I worked on both tasks during my master’s thesis, but in this post let’s focus on the Bluetooth module. For Bluetooth support the Nokia N900 has broadcom’s bcm2048 chip (which also supports FM radio, but that’s out of scope for this post). Read more →
I recently built an access-control-system, which makes it possible to open our local hack(er)space without a physical key. The core of the system is a Raspberry Pi v2 running Debian. Connected to the RPi’s GPIOs is a big status switch, which is used to announce the hackspace status (open / closed). More recently it got a couple of MCP23017 I²C port expanders with a couple of bell buttons, a number keypad, door openers, reed switches and other door control related stuff. Read more →
Our hackerspace’s access-control-system (for unlocking the door) uses a few mcp23017 port expanders for input/output handling of different sensors and actors. When I started working on this, the mcp23s08 driver (which also supports the mcp23017) was not yet enabled in Debian’s arm build. I requested it to be enabled in Debian Bug #845064, which got recently fixed by Ben Hutchings. As a quick hack to solve the problem I took the driver and ripped it out of the kernel, so that I can build it externally. Read more → 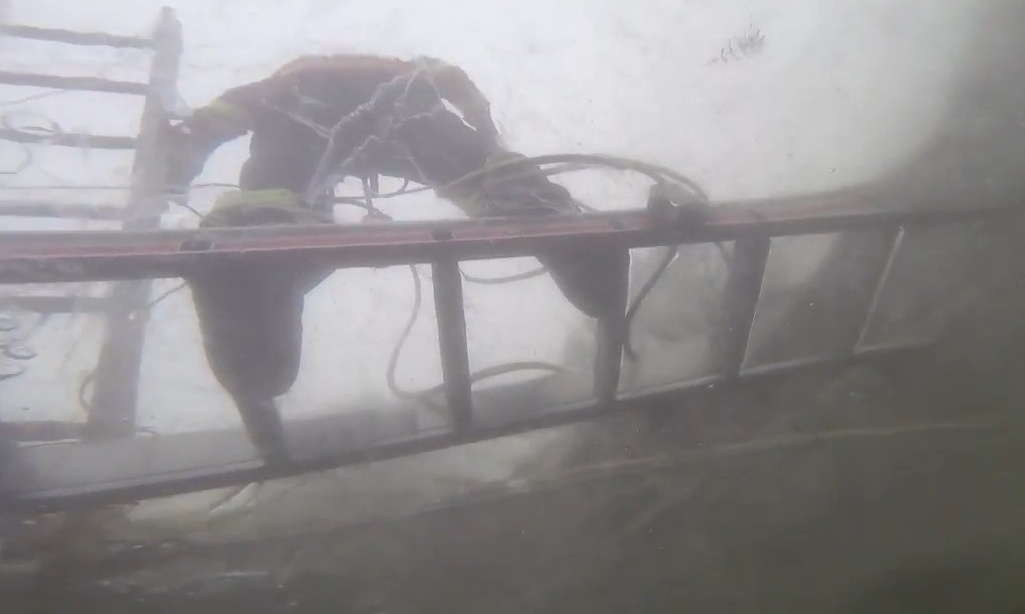 In the last few winters the temperature did not drop below 0°C in Oldenburg (at least not for multiple consecutive days). This year on the other hand the temperature was below freezing point for more than a week reaching -10°C. Perfect opportunity to go ice diving!

This is the personal homepage of Sebastian Reichel